Since I only have about a week left here in Australia, it was time for a road trip! For the past few days, Michele, Helen, and myself have been adventuring through the beachside town of Lakes Entrance.

When we arrived on Wednesday, we checked into our Air BnB cabin with a view of a beautiful lake just across the street. We did a little window shopping along the Esplanade and then had a small dinner before calling it a night after a long day of travelling.

Thursday was full of adventures! First stop was Buchan Caves, estimated to be 380-400 MILLION years old! The only time I've gone into caves was up in the Florida Panhandle when I was 11 or 12 so I was super excited! We went into both the Royal and Fairy Caves, each about 500 meters long and a constant 17 degrees Celsius all year around. First was the Royal Cave, discovered in 1910, which was just breathtaking! There were stalactites (hang from the ceiling) and stalagmite (on the ground) of all shapes, sizes, and colours everywhere you looked! As we exited the caves, there was a group of about 20-30 wild kangaroos relaxing and soaking up the sun in the field just next to us!! We even saw a wild wallaby on our way to the next one, Fairy Cave. The Fairy Cave was surprisingly different from the Royal Cave. Some parts were so narrow that you had to crouch and turn sideways just to get through. It would've nearly killed someone with claustrophobia but I thought it was exciting!

On the way back to Lakes Entrance, we made a small detour to Lake Tyres Beach, part of the famous 90-mile-Beach. The stretch of beach continued left and right on both sides as far as the eye could see without another person in sight. I couldn't help but be jealous of the people living in the house right on the beach and who get the view and the beach all to themselves!!

​After a long and fun day, we bought some pizza, made mojitos, and pigged out watching Bridesmaids (a classic)! Friday would just be spent travelling the few hours home so it was a great way to end our short and fun road trip! 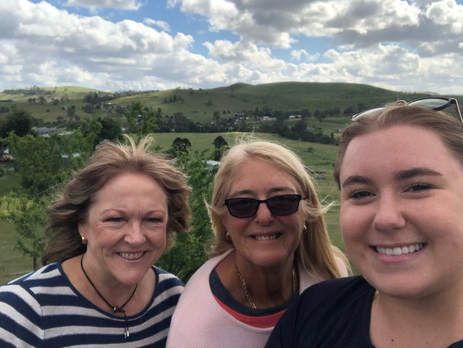 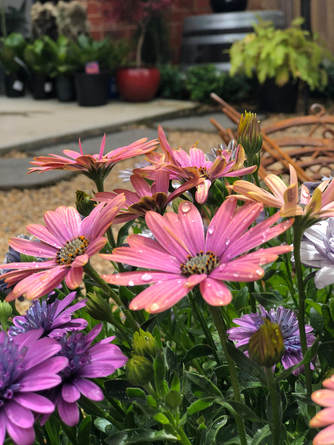 Found a pretty little garden on the way back! One of my new
favourite things is taking pictures of flowers and nature up close.
Powered by